For Speed Show: 100% Bounce Rate in Calgary Canada curators/organizers Rick Silva and Justin Waddell invited 8 local artists to create work under the Speed Show parameters.
‘
Thomas Dahlgren
“The Kiss II”
http://thomasdahlgren.biz/thekissuniversal.html
‘
Kelsie Hjorleifson
“Iris is an Iris is an Iris is an Iris”
http://irisisaniris.tumblr.com/
‘
Stephen Nachtigall
“Splash Page”
http://stephennachtigall.com/splashpage.html
‘
Paul Robert
“West Hillhurst”
http://paulrobert.ca/westhillhurst/
‘
Kim Seung Pen
“5×5 generator”
http://kimpen.tk/5×5/index.html
“5×5 generator” is an interactive online system built through web programming languages such as HTML, CSS and JavaScript. The interactivity is controlled by pressing specific buttons on the keyboard, which accesses other processed information created in another software to visual these many files into one collection. To summarize in small concise forms of 5×5 generator’s main function, it acts as a video editor timeline (an easier way to sequence or edit videos through the keyboard instead of slicing and pasting loops of the same thing over and over again). 5×5 generator has the ability to create many final products of videos through changing video files into new ones and also by changing the code.
‘
Rick Silva
“Phil Morton “Colorful Colorado (Rick Silva’s 2011 Remix (15 minute YouTube Limit Version))””
http://ricksilva.net/colorfulcoloradoremix/
A remix of Phil Morton’s 1974 experimental video “Colorful Colorado.” In his original work Phil Morton took footage of a drive he made in the Colorado Rockies and used video synthesizers to process it into a barely recognizable landscape of rainbow-fied video scan lines. In his remix Rick takes the original video’s colors and gray values and reprocesses them using 3D animation software to create a spinning digitized landscape. This is the newest in an ongoing series of short experimental film works about the Colorado landscape where Rick spent 20 years of his life.
‘
Lowell Smith
“˙˙˙buıpɐoן”
http://www.lowellsmith.ca/loading….html
Pinwheels, beach balls, hourglasses, render bars and a red horse running. In this digital age the one thing that no one can overcome, is the “loading screen.” A visual feedback from whatever application we are running is telling us that it is doing something, so we know that we are not completely wasting our time.
‘
Teresa Tam
“Jamais Vu?” 2011
http://www.youtube.com/watch?v=9CF9n7_aymg
A Youtube video of a Youtube video that repeats the memories of one Youtuber and her uploading history.
‘
Adam Tindale
“Record”
http://www.adamtindale.com/record/
‘
Justin Waddell
“Mind Games”
http://justinwaddell.ca/MindGames.html
‘ 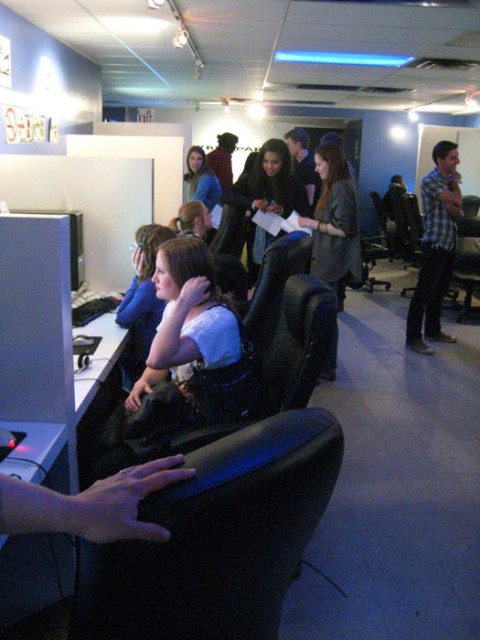 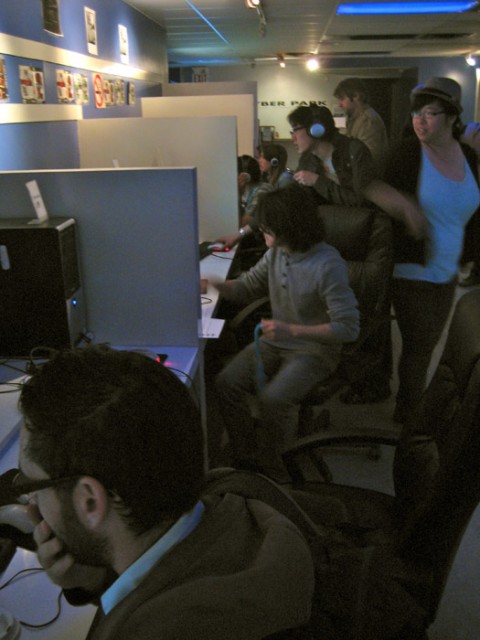 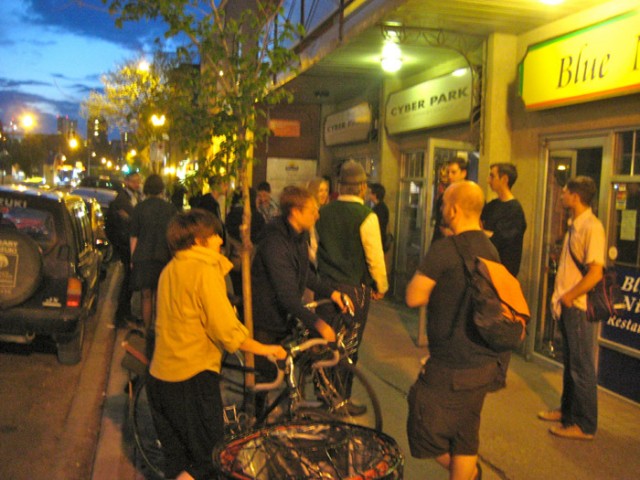