‘When We Were Kings’ solo show Evan Roth 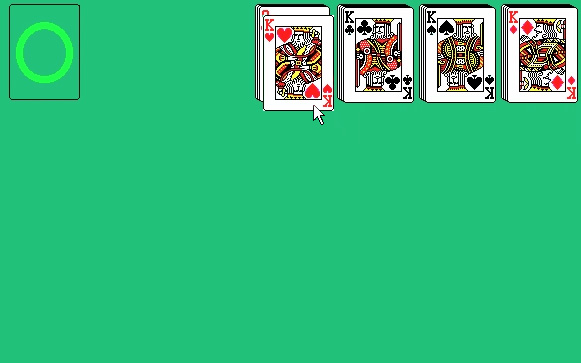 I am very pleased to announce ‘When We Were Kings‘ a solo show of brand new work and updated series by Evan Roth. Back to back with ‘Talk to me’ (his work at MoMA, opening July19) speedshow.net is very proud to present a delicate selection of newpop, high-end minimal and pure Internet based pieces by Evan Roth. For one night only, ‘back home!’ he will bling out the machine park of ’90 Bowery’ with HTML at its best from his famous memepop tool-box!

‘When We Were Kings’ – solo speed show Evan Roth
Curated and hosted by Aram Bartholl.

Evans opening yesterday was awesome!! Thx to everyone for showing up! The VIP private preview ‘gallery walkthrough’ is public now! :) Text and links to all pieces below! Enjoy!

When We Were Kings is a reference to an era that began with the wide-spread adoption of the Internet. It is the celebration of a time that is seemingly coming to close, when the architecture of the web treated everyday citizens the same as the kings. Intentionally scheduled back to back with an opening at the Museum of Modern Art (where Roth is showing two pieces), When We Were Kings is an experiment of Eric Raymond’s Cathedral and the Bazaar metaphor as applied to the public exhibition of art.

I only know a few artists who have been that influential for a whole generation of Internet aware artists and art aware coders in the recent past. I always admired Evan for his radical openness. It takes a lot of guts as an artist to open up and share your artist practice to such an extent. Creating tools, generate and share open source code that enables everyone to make and distribute art online or in public space is Evans mission. His work is full of hacks for the browser and the city! They range from clever interventions on an airplane, to digital tools that change they way of thinking for a whole generation of writers.

Evan’s philosophy, the crossover of pop culture and open source, plays an important role not only within F.A.T. Lab. Hackers meet rappers! Richard Stallman and Andy Warhol posing as best friends – back in the days photoshop! It already feels to me like these two fields have age-old tradition of co-operations. Thanks to Evan’s high skills in picturing this philosophy he successfully branded a young generation of art aware coders and Internet aware artists with his ideas. No one else knows so well how to play the click-masses for crowd sourced projects or hits the nerve better with participatory projects on the meme stream.

In the tradition of pop-art Evan deconstructs the web with great precision in its visual language and underlying code. He rearranges and combines these elements of mainstream internet and meme culture to visual iconic pieces. Or instead of breaking these systems Evan applies taxonomies to disclose the hidden rules of them. The alphabetical order of html tags or precise analysis of graffiti tags are driven by the same concepts. When We Were Kings is the first solo exhibition by Evan Roth in the speed show format. All pieces by Evan Roth:

When We Were Kings – 2011, HTML5, JavaScript, triptych, unique edition*
A commemorative reconstruction of the original best friend of the bored at work network.

Inverted HTML – 2011, HTML, JavaScript, unique edition*
Inverted HTML alters a web page by changing the orientation of all of the comment tags, in effect swapping all that was hidden with all that was visible.

Domain Seizures – 2011, HTML, JavaScript, triptych,
A looping display of domain names that have been seized through the U.S. Immigration and Customs Enforcement Homeland Security Investigations directorate.

Bad Ass Mother Fucker – 2011, HTML, JavaScript
A looping demonstration of the artist’s current ranking as the number one search result for the term ‘bad ass mother fucker’ on Google.

All HTML – 2011, HTML, unique edition*
One sentence contained within every HTML tag in alphabetical order.

Cache Rules Everything Around Me – 2010, Video, 9:36, edition of 5*
Animated gif mashup video collage

See You See Me – 2009, Video 6:25, animated gif, edition of 5*
A series of video shots in Airport security results in a collection of x-ray distorted frames as animated gif.

How To Keep Mother Fuckers From Putting Their Seats Back – 2008, Video, 0:35, edition of 5*
Micro intervention on an airplane

THX to Nova Jiang for assistance on this show!