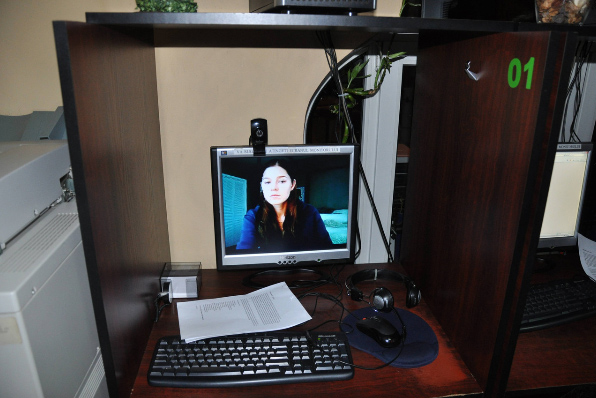 Petra Cortright – When You Walk through the Storm (2009) 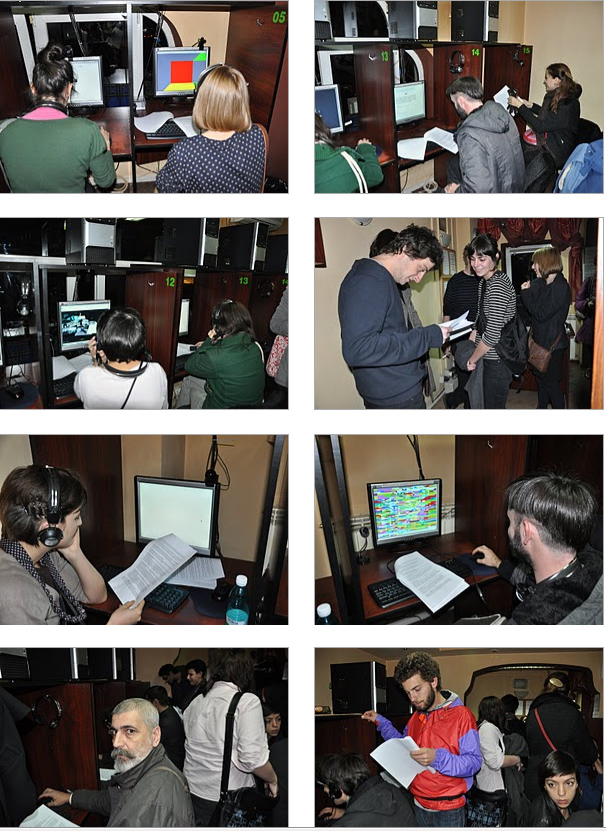 Digital memories are embedded into the core of our on-line journeys, in the way we surf, communicate and interact on /with the internet. Most of the times we decide not to follow back our traces, we just keep on clicking, searching for the new and fresher stuff that’s out there, trying to link it all to our present state. Constantly refreshing, searching untrodden, exotic places made available by the new translate system or checking new on-line image boards, the recollection of older sites or themes that you used to like seems unnecessary. But that is already the constructed self of being on-line. So the deeper you advance into the NOW, the deeper your roots and traces go. Recall past promises of “the digital age”, recall long lost diaries you used to look for in that empty search bar, recall lost passwords of the accounts you used to have. Some of these entities still live out there as forgotten pieces of digital dust, piling up in a properly acclimatized server room.

For the Bucharest Speed Show we’ve selected 18 net.art projects that address these specific issues: the lost memories, the emptiness and the ghostly snail trail of our digital presence. The wide selection includes works that deal with web surfing as an artistic tool as well as youtube/ games/ SecondLife interventions, code manipulation and animated gifs.

1. Petra Cortright (US) When You Walk through the Storm (2009) Webcam Video, embedded youtube, HTML, jpeg
“In this short Youtube video, a girl – the artist – is looking at you from the screen. Like
you, she is sitting down in front of her computer. She looks sad – an impression enforced by the
cold palette of the video. Slowly, she starts moving her hand up and down in front of her face. The movement activates a video effect that makes she appear underwater, and that fades her face in a myriad of pixels. At the same time, the intimacy created by the webcam gaze fades as well: she is close to you, on your computer screen, but the water effect makes the space in between you and her appear physical, and the sound – the song of the title – seems to come from the deep.” – Domenico Quaranta

2. Harm Van Den Dorpel (NL) Forest / Lines (2008) Flash, HTML
“Forest/lines” combines the aesthetics of early screen-savers, generative web art and illusory perspectives as well as collage and that age-old question about nature and artificiality to create a work that in a simple and humorous setting is evocative of paranormal apparitions and/or technical special effects.” -shiftfestival.ch

3. Jan Robert Leegte (NL) The Internet Overexposed (2008) HTML, domain frame
“Jan Robert Leegte wanted to reproduce the Bruce Nauman work, and show a work where he experimented with overexposure in a sculpture.” – constantdullaart.com/arti.html
4. Parker Ito (US) The Agony and Ecstasy (.com) (2008) After Effects, YouTube, Flash, on HTML
“It’s kinda like the Internet exploded.” – Chris Coy

5. Rafael Rozendaal (NL) towardsandbeyond.com (2010) flash
This fresh out of the lab piece by Rafael Rozendaal depicts a constantly clickable colorful universe that evokes the actual web surfing in a very neat way. (S & M)
6. Chris Coy (US) – BAMF! Studies (2008 – ongoing) youtube playlist
“Bamf” in the Marvel Universe relates to the X-Men character Nightcrawler and the resulting sound he makes when he teleports. The sound is caused by air rushing into the space where Nightcrawler’s body once was. It has been borrowed as a teleport sound by fans and a generic term for teleporting in general (“…and then he bamfed out…”). – wiki
7. JODI (NL/BE) Max Payne Cheats Only (2006) Max Payne II, HTML, flash
“Jodi’s approach to game modification is comparable in many ways to deconstructivism in architecture, because they would disassemble the game to its basic parts, and reassemble it in ways that do not make intuitive sense.” – wiki

8. Călin Man (RO) My Avatar is your Avatar (2010) SecondLife interventions by various users
“MyAvatarYourAvatar Khalim is another krestanatz from reVoltaire archive. Because I am too lazy to do something reasonable with this nonWalter Ego character, i invite you to take My Avatar and do whatever you want with him. For instance, choose some peculiar Second Life spot, take a snapshot and send the picture with your comments to the following address:avatar2142@gmail.com. From now My Avatar is Your Avatar.”
First Name: MyAvatarYourAvatar
Last Name: Khalim
Password: revoltaire

10. Oliver Laric (AT) Touch My Body (Green Screen Version) (2008) Original Touch My Body video, appropriated youtube videos
“Touch My Body (Green Screen Version) (2008), is a reworking of Maria Carey’s music video for the track of the same name. By Masking everything in the video other than Carey’s physical form in Chroma Key green screen, Laric created a template over which others were able to edit further new versions of the video. In the final video both Laric’s original re-edit and those made subsequently by others who located his green screen version online are shown alongside each other.“ – Seventeen Gallery

11. Jeff Baij (US) Blood Vomit (2010) sliced found gif, HTML
2010 is the year of the animated gif.  They are everywhere. Tumblr’s Three Frames, a site that posts only gifs drawn from movies on a daily basis is recommended to me by students virtually every time I give a lecture. Fuck Yeah Gifs, and Gif Party are also popular. Images on group artist-run blogs like Nasty Nets and Spirit Surfers have always had a keen interest in the file format and have custom software to better display them. No one does the job better than Dump.fm on the image platform front though, which likely explains the frantic production amongst their users.
Notably, only three or four years ago, gif production amongst artists tended to fall into two categories — found and carefully handmade. […] The casual gif maker, the careful gif, the multiple gifs arranged to make one giant gif, the artist-made authorless gif –you get the picture. There are a lot. – Art Fag City

12. Ryder Ripps (US) – Password Ideas (2010) twitter
LOL
Ripps is the creator of the InternetArchaeology.org project and real time image based chat Dump.fm.

13. Jon Rafman (CA) Woods of Arcady (2010) 3D rendered animation, W. B. Yeats’ Song of the Happy Shepherd poem, text-to-speech, flash
“Vangelis-like synths guide us through a 3D-rendered world of classic antiquity as three British text-to-speech robots read W. B. Yeats. Mixing irony and tragedy, the video evokes the passage of  time, portraying a world in which symbols of history have degenerated into sentimental kitsch and floating signifiers emptied of there original truth-value. Yet within these symbolic ruins, there still exist a playful quasi-mystical hope for cultural renewal.  Social interactions, politics and “normal” daily life are denied entry here in favor of an ideal interchange between dead dreams and future hopes.”
Digital memory as subject is a recurrent theme in Jon Rafman’s work as it can bee seen in his piece for the online State Gallery You, the World and I (.com), a recreation of Orpheus and Eurydice’s story using Google Earth and Google Street View imagery. (S & M)

18. Jacob Broms Engblom (SE) face2face (2010) openCV face detection library ported to flash, html, jquery, php, mysql
“The immediately previous site visitors’ face is retrieved and overlaid over your own, which is in turn saved for the very next visitor. A site is accentuated as a physical location constrained to one visitor, a location that can be tapped into globally. A stranger might have been at the site moments before, from an undisclosed remote place and this visit is projected onto yours. A gallery enables the documentation of this shifted array of visitants.”

19. Michael Manning (US) – mirrrroring.net (2009) HTML, Javascript, GIFs (Found & Original), WAVs, Flash
“Mirrrroring is a one-link web portal. It is a rabbit hole into the spiritual World Wide Web guiding the unsuspecting surfer further and further into what might appear to be the seemingly endless homepage of a 1990s hacker who saw the future and rejoiced at the glorious triumphs of pop culture. The site is composed of page after page of mystic net altars, celebrating an eventual singularity only made possible through the deity of information technology.”

20. sumoto.iki (FR) madNoWorld (2010) HTML, javascript, Hidden YouTube video, GoogleStreetView Icon
“madNoWorld is a piece from sumoto.iki’s series web[]DIZZaster and Googleassubject.
The entire Google Map is replaced with a featureless white (page) void. GSV icon traces his programmed route into nothingness. But can the nothingness be mapped? Whatever the (no)world that surrounds the program follow his path (with no freedom). The no-world is now a programmed world, a foreign one. We understand only when we become one.”
So follow this path into the void. (S & M)

++++ 17. Chat on Dump.fm! – documenting event. LIVE!
Dump.fm is a chat room where participants communicate solely through images. The site combines the creative back and forth of surf clubs, tumblr’s loose and rapid-fire network of image transmission, and the real time spontaneity of an old school chat room. – Rhizome.org
﻿